Walter started studying towards a BA Fine Art (Painting) degree in 1983 at the University of Pretoria and graduated in 1988. He furthered his studies at the Kunstakademie Düsseldorf, Germany, under Prof. Michael Buthe. He received the New Signatures first prize for painting in 1984 and first prize for drawing in 1987, and an FNB Vita Art Now merit award in 1994. He held his first solo exhibition in 1985, followed by more than 15 since then. He was a festival artist at the US Woordfees/Wordfest in 2011 and was honoured with a memorial exhibition titled Tuisveld at the William Humphreys Art Gallery, Kimberley, in 2018. He participated in an impressive number of group exhibitions in South Africa, Namibia, Europe and the USA. He was represented by Everard Read Gallery.

Walter rose to prominence in the early 1990s with his distinctive landscape studies and his work forms part of various public and private collections. He has become known for expressing the mundane and less desirable side of reality. His style was inspired by the quality of the light at dawn or dusk, and the heat of arid desert landscapes. Walter’s masterful paintings have been compared to works by Pierneef.

Walter passed away at his home in Upington on 28 December 2017. 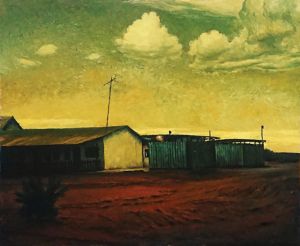 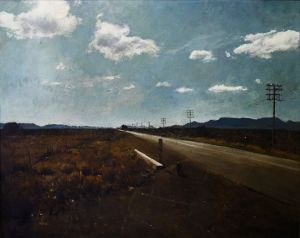 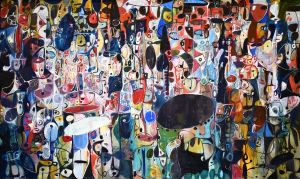